I have finally got around to doing some of the updates to the Rose Engine lathe that I mentioned in the original article here. I have added the new much beefier cross slide and mounted a CNC motor on it to do the engraving. 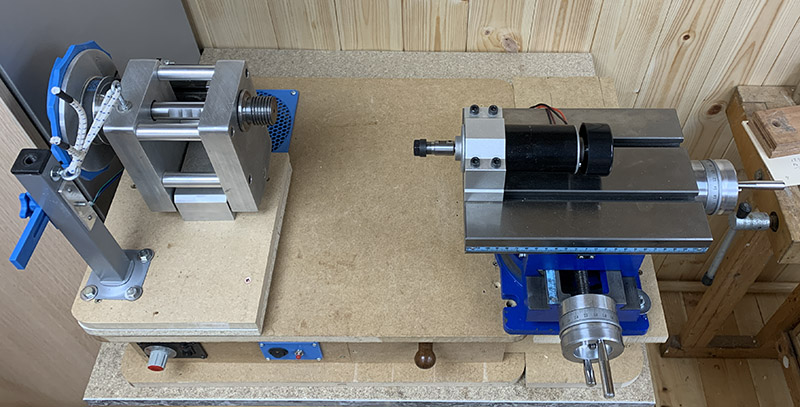 I have had to extend the base due to the increase in size of the cross slide. I had an issue with the CNC motor when I connected it.  As long as the speed of the motor was below about 50% everything was fine. However, if I increased the cutter speed then the stepper motor would stall. After some help and advice from the forum on the DroneBot website the problem was eventually tracked down to the code on the Arduino, the original code from that site needed an additional line of code due to the fact that it had the ability to reverse the stepper motor direction. With this code modification everything worked properly. As I do not need the ability to reverse the direction of the stepper motor I then revised the code and removed that functionality and have disconnected the reverse switch and its wiring.

The next modifications I intend to make are to completely rebuild the MDF case to reflect the new configuration and to finally replace the power supply with a dedicated 12v one rather than the modified computer PSU.